Why You Should Listen to K-pop

Some people ask: “Why listen to Kpop when you can just listen to American music? Isn’t it just the same but in Korean?” My answer is: “not at all.” Kpop is completely different from American music and it includes so much more than just the song. Kpop brings together visuals, singing, rapping, dancing, and more. Even though Kpop isn’t in English, and you won’t be able to understand the lyrics, the music along with other elements is really intriguing and enjoyable.

If you like a Kpop song, then you’ll probably want to know what the lyrics mean. When you search up the translations of the lyrics, you will find out that Kpop, unlike American music, is about more than just love, although some Kpop groups and idols still write love songs.

The deeper meaning behind some Kpop songs might surprise you. One example is the song N.O by BTS. N.O is about the pressures that parents and teachers put on students to study and get good grades. The song says to go against these expectations and rules in society by saying: “Everybody say NO!” One lyric translates to: “Dreams disappeared, there was no time to rest. It’s a cycle of school, home or an Internet cafe. Everyone lives the same life.” The lyrics talk about how students can’t dream about being anything because they are forced to focus on their studies, which causes everybody to be the same. Maybe you know a few people who can relate to this?

Kpop idols also have more varied talents. All idols can sing or rap, but the majority can also dance extremely well, and even the ones who can’t dance well still do the choreography. Some bands don’t dance but play instruments instead(Sometimes these bands are referred to as K-Rock bands of K-bands). Many Kpop idols have other talents, such as doing martial arts, contortions, or impressions. It’s also common for Kpop idols to do dance routines normally done by the other gender. Some of these talents don’t have much to do with their music, yet sometimes find their way into their videos or their appearances on variety shows. Kpop idols also seem more talented in general. I think this is partly because of the auditions and long, intense training period that most idols go through before they can debut. In American music, artists are usually very talented in one area, like singing or rapping. On the other hand, Kpop companies only pick the best, so, during the training period, Kpop idols perfect the talent they already excel at, while also working on other skills.

Kwon Ji Yong, better known as G-Dragon, is one idol who had an extremely long training period. He is a singer, songwriter, dancer, rapper, producer and fashion icon. He might even be considered the biggest, most famous Kpop idol ever.

If you like distinctive music videos, you probably want to check out Kpop. Kpop videos combine the song with dancing, fashion, visuals, scenery, and sometimes a plot line. Many Kpop music videos are simply aesthetically pleasing, but some will have a story which will make it seem like you are watching a movie. One example is One Shot by B.A.P. The lyrics talk about how you only have one chance to do what you want. You should give your everything and not wait for a second chance. But, the video really doesn’t have anything to do with the lyrics. It treats “One Shot” literally, like a gunshot instead of a chance to do something. The music video shows the band as a gang, another gang kidnaps a member and holds him for ransom, then the band robs an armored car, to pay to get their friend back. At the end of the music video, it shows two alternative endings and leaves the choice to the viewers to decide what happened. The plot, along with the intense song and the lyrics, makes you feel like you’re watching an action movie.

Another music video that really stays in my mind, though I still can’t say for sure what it means, is Coup D’etat by G-Dragon. From the first watch, the video is really weird and confusing and it stays that way. Some images in the video like boiling money, dripping black paint, bird-beaked masks, white faces with black tears, weird symbols and drawings, and red clothing and flags seem incredibly random and meaningless, yet the weirdness is almost mystical. The music video ends with showing the album cover, an unfinished or possibly broken peace sign, signaling an impending revolution. Even if you can’t follow the symbols or meaning of the video, it’s still strangely addicting.

Theories are another unique aspect of Kpop. Usually written by fans, they connect things that happen throughout multiple music videos, trailers, album covers and more. These are some examples of what theories might look like. 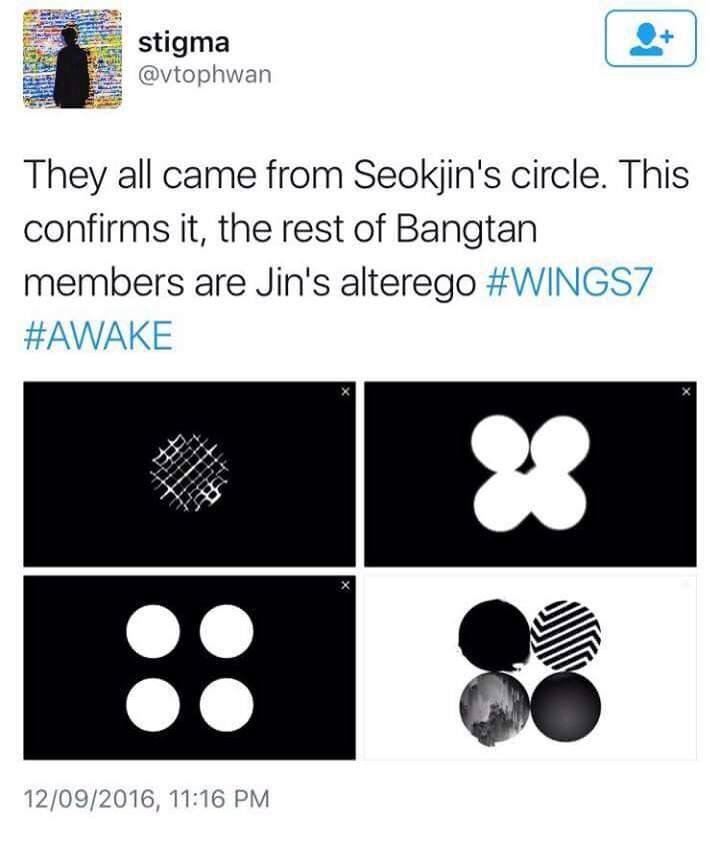 Kpop idols are usually very active on social media and interact with their fans even more than American artists do. After watching all the music videos, dance practices, and live performances, there are many things you should watch to know more about the band. Most bands and artists go on Korean variety and radio talk shows. They also usually have their own shows or series’ where they play games, talk, interact with fans, and much more. All Kpop bands and idols also use V LIVE. V Live is a broadcasting app that bands and idols use where they have more shows and series’, but they can also interact with their fans. Kpop idols often post logs and updates about what they are doing and what’s going on in their life, which makes fans feel closer to the artist. They also do fansigns and fanmeets(usually only in Korea), where they can interact with a large group of their fans. Fanmeets and fansigns allow Kpop idols to get closer to their fans and interact with them. They introduce themselves, perform, play games, and more. At fansigns, fans get a few minutes to talk to member(if it’s a group) and get their autographs.

Concepts are another unique aspect of Kpop. When a band or idol releases a new album or single(called a comeback) it will usually have a different Concept. Concepts are usually adjectives such as “Cute”, “Colorful”, “Sexy”, etc. Concepts can include the music style, the lyrics, fashion, choreographies, and more. VIXX, aka The Concept Kings, has an incredible list of unique concepts that they have done in the past.